“It’s a challenge and you have to stay on top of it,” Domi said Friday at a news conference to launch the Max Domi Fund for Type 1 Diabetes.

For most hockey fans, Max Domi is a hard-working hockey player with an edge to his game.

But Domi, who has become a fan favourite since coming over from the Arizona Coyotes last year, has a different persona away from the rink and it’s most evident when he is talking to people about the way he deals with Type 1 diabetes.

This side of Domi was on display in June when he appeared at a news conference to promote a Juvenile Diabetes Research Foundation fundraiser. He answered questions from 10 youngsters who have Type 1 diabetes and then hung around for another two hours interacting with the youngsters and delivering a simple message — diabetes doesn’t prevent you from leading a normal life. 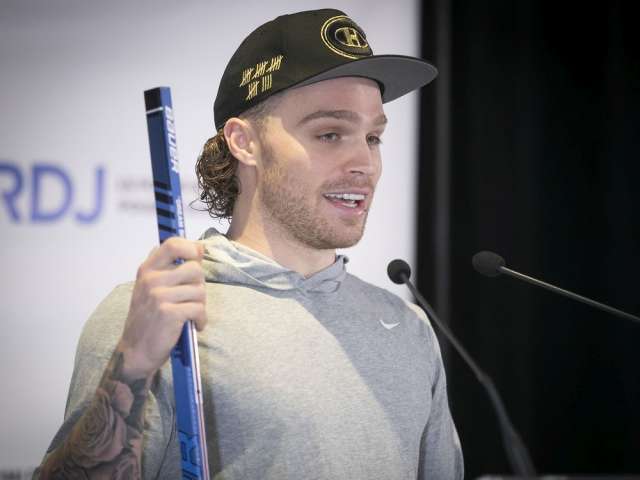 Canadiens’ Max Domi speaks to the media about his personal support for young Canadians living with Type 1 diabetes at the Bell Sports Complex on Friday, Oct. 25, 2019. Pierre Obendrauf / Montreal Gazette

“It’s a challenge and you have to stay on top of it,” Domi said Friday at a news conference to launch the Max Domi Fund for Type 1 Diabetes. “I think dealing with my diabetes has made me a stronger person. Don’t get me wrong, I wish I didn’t have diabetes and we’re working to find a cure, but it’s something you can deal with.”

Domi, who grew up wanting to following in the path of his hockey-playing father Tie, said he received encouragement from Bobby Clarke, the former Philadelphia Flyers star who is a diabetic, and he hopes to pass the same message along to the next generation.

Learning to live with diabetes is one of the cornerstones of Domi’s foundation. He noted one out of every five teenagers with diabetes battles depression. That’s twice the rate of depression in the general population and Domi hopes his efforts will help to bring that number down.

That message is contained in his book No Days Off: My Life with Type 1 Diabetes and Journey to the NHL, which goes on sale Tuesday. In addition to educating young people and their parents — and serving as a good read for hockey fans — the book will serve as a fundraiser with a portion of the proceeds going to his fund.

November is National Diabetes Awareness Month and Domi will be involved in a number of fundraising efforts. On Nov. 10, he will be at the Tricolore Sports store in the Bell Centre for an exclusive book signing for up to 500 fans. 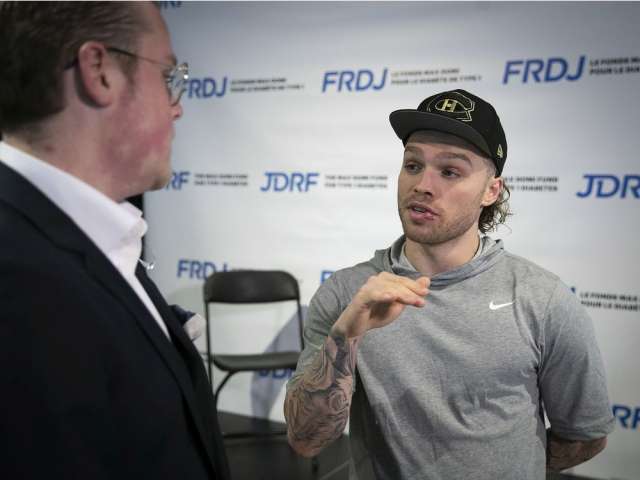 Bauer has created 100 limited edition hockey sticks, which Domi will use in games during November. The sticks will then be used in fundraising auctions and other events.

“It’s the same stick I use in games, but Bauer donated them and painted them with images that have significance for me,” Domi said.

Domi is also planning to hold a thank you celebration for anyone who donates a minimum of $10,000 to the fund. Laval-based developer Tony Amato and Groupe Pentian jump-started the fund Friday with the first $10,000 donation. Amato’s son, Anthony, is a diabetic and was on hand to help present the cheque and share experiences with Domi.