Known for being tougher than his stature, Max Domi didn’t let foul play take him off his game against the Blues.

The Montreal Canadiens earned their first regulation win of the season last night, and did so in style by overwhelming the reigning Stanley Cup champion St. Louis Blues. There was a lot to like about the Habs on the night, but I think a conversation needs to be had about how Max Domi handled himself.

He was relatively quiet for the first two periods, despite owning a corsi-for of 61.54% at even-strength on the night. He was playing very well, but heading into the third he had nothing to show for it on the scoresheet.

Then, with the Habs up by one in the third, Alex Pietrangelo decided to butt-end Domi in the mouth.

If you missed the butt-end from Alex Pietrangelo to Max Domi, here it is. 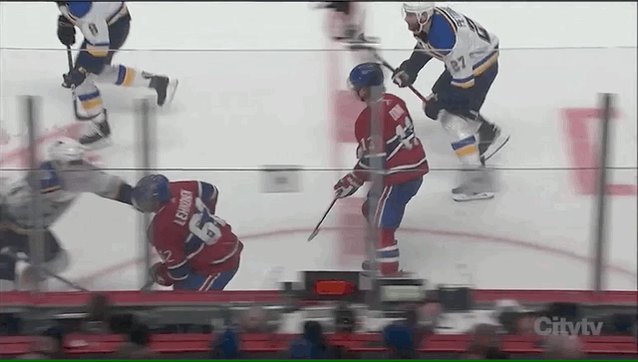 33 people are talking about this

He was angry. He was seen moments later screaming at the officials from the bench. From Max — son of Tie — the reaction you’d expect is him getting back out there and beating the absolute shit out of Pietrangelo. But with his team up a goal, Domi chose to be selfless. He chose to let his anger take his play to the next level, and put a ridiculous pace on his opponents once he got back on the ice.

He started by extending the lead with a primary assist on a Brendan Gallagher goal. He just willed the puck into a position where the ever-dependable Gallagher could get it. Instead of going out and getting revenge the old fashioned way, he chose to be instrumental in extending the lead for his team.

You could see an extra level to his hustle. You could tell that it was borne of pure anger — but he didn’t let it get the best of him — he got the best of it. He was playing well before the hit, but he was overwhelming after it.

And then he closed the curtain on this game with an empty-net goal. And I submit to you that this is one of the better empty-netters you’ll ever see.

Domi is a savage. 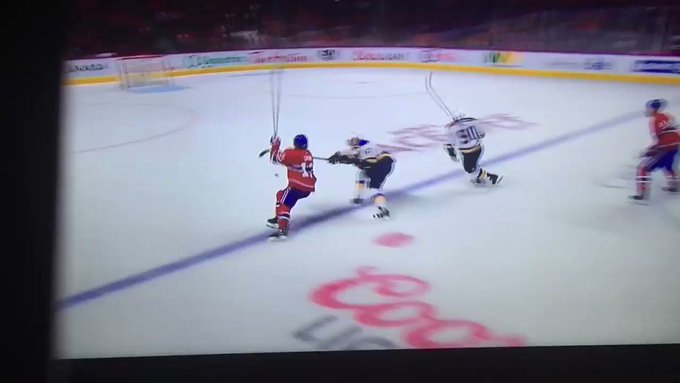 102 people are talking about this

Yeah, it’s an empty-netter, but he showed incredible hustle to get it, and only once he got it did he make sure to talk some serious trash to Pietrangelo. This is the Domi the Canadiens need; a man with which you’d be unwise to quarrel.

Especially when he lets his anger out between the whistles. Here’s to more of that from him.