MONTREAL – The NHL announced on Wednesday that Max Domi was named the Canadiens’ nominee for this year’s King Clancy Memorial Trophy.

The award is presented to the player who best exemplifies leadership qualities on and off the ice and has made a noteworthy humanitarian contribution in his community.

Domi made his presence felt in Montreal immediately. During his initial visit to the city last summer, the 24-year-old forward spent part of his day visiting youngsters at a BLEU BLANC BOUGE rink and getting acquainted with his new fans.

with his new fans.

That was just the first of many cool meetings and interactions Domi would have with kids over the course of the 2018-19 campaign.

As a Type I diabetic, Domi always made a point of spending quality time with young fans across the League battling the disease.

The four-year NHL veteran hoped to inspire them and spread a message of hope.

“It’s such a unique connection. When you’re a fan of someone who’s dealing with the exact same thing as you are, that knows exactly what it feels like to be low or high, not many people can kind of resonate with that. Just to see that smile on their face when they see me and when we talk, it’s special,” said Domi, during an interview with canadiens.com last November. “I think the main message I want to get out there is that I had a dream to play in the NHL when I was born, and that was long before I was diagnosed with Type I diabetes – and I still had the dream after. Now, here I am living out my dream. It just goes to show you that it doesn’t get in your way one bit. Whatever you want to be, you can do that.”

In conjunction with World Diabetes Day, Domi even held a Q&A session with his followers on Instagram to share some personal stories and offer up words of encouragement.

“It’s pretty humbling when that many people are looking up to you,” said Domi. “It’s like a little community of our own, and they’re really focused on certain things that I’m doing. They want to know how to integrate certain things I do into their lives, and I learn as much from them as they learn from me.”

Domi was also a champion of the League’s annual Hockey is for Everyone initiative, acting as the club’s representative this past season.

With that in mind, he joined students at École du Tournesol in Longueuil, QC for a surprise ball hockey game along with Youppi!

He also appeared on Radio-Canada’s Tout le monde en parle to discuss his strong support of the LGBTQ+ community.

.@max_domi has long been a friend of the LGBTQ+ community, and would welcome players of any sexual orientation into the locker room with open arms.

Domi: An ally and a friend

The Habs’ leading scorer has been outspoken in his support of the LGBTQ+ community.

57 people are talking about this

On a personal note, Domi dedicated his Movember fundraising efforts to the memory of a close personal friend – Ashley Miklas – who passed away from cancer last September at age 22. 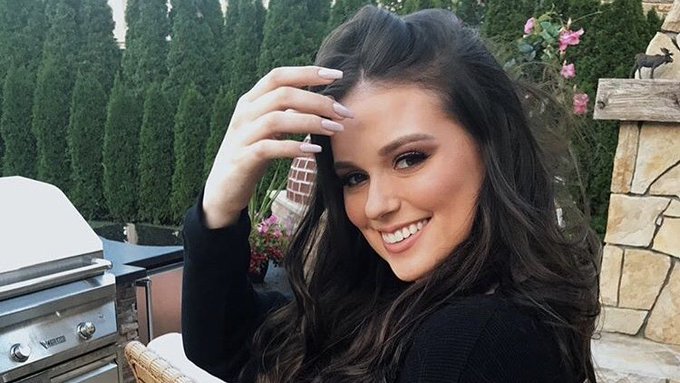 “She lit up every room she walked into and put a smile on everyone’s face.”

For @max_domi, @MovemberCA is dedicated to Ashley Miklas this year.

Then, there was this touching moment when Domi sat alongside Leila Croteau as she announced the Canadiens’ starting lineup on Hockey Fights Cancer night at the Bell Centre.

In December, Domi was front and center during the Canadiens’ annual Christmas visit to children’s hospitals in the Montreal area.

And he enjoyed some sweet fan interactions during the Canadiens Skills Competition presented by RONA in January as well.

He also showed his support for mental health awareness this past season, too.

How cute was this meeting with courageous youngster Sam Smith in March? Domi was one of several players who chatted up the Fredericton, NB native during his on-ice session with the Habs.

Finally, Domi met up with as many of his fans as possible during Fan Appreciation Night at the Bell Centre on April 6.

He was extremely grateful for their love all season long.