It’s not Kiki by Drake’s side in a photo shared on Wednesday, it’s Montreal Canadiens forward Max Domi.

Domi got to meet the Toronto-born rapper, whose song “In My Feelings” has become both a No. 1 hit and a viral internet sensation.

After a show at Bell Centre, Domi gifted Drake, a noted sports fan, a No. 13 Candiens sweater that even he hasn’t worn on the ice just yet.

“It was pretty cool,” Domi said. “Ran into him a bunch of times this summer and he’d joked with me and my old man (Tie Domi) a bit about me going to Montreal. He said, ‘You’ve got to get me a jersey’ and I said ‘For sure.’ I dropped a jersey in his change room (Wednesday) and then went down to see him after the show just to see what’s up. It was pretty cool.”

Domi was acquired by the Canadiens back in June. They sent forward Alex Galchenyuk to the Arizona Coyotes.

Domi attended the show with former teammate Anthony Duclair who is now with the Columbus Blue Jackets. Duclair shared a picture of the trio on Instagram. 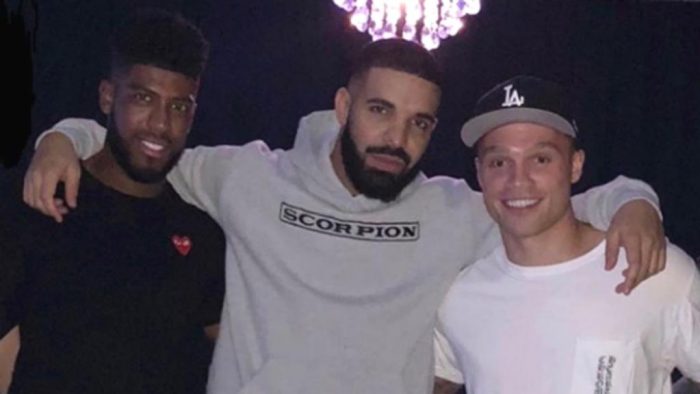